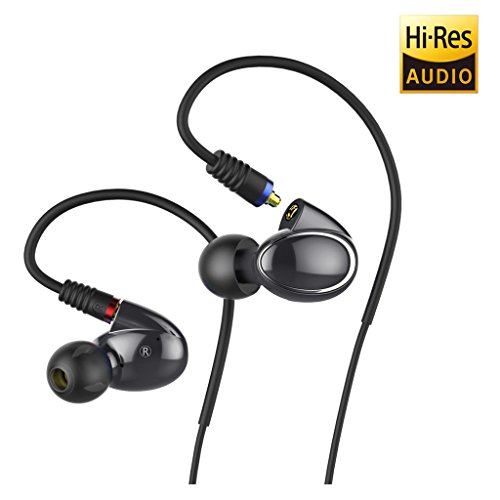 The FH1 features a dual driver design with one dynamic and one balanced armature. The former handles the lower frequencies while the latter is for extended upper midband and treble. They are housed in an elliptical ABS plastic shell which is both light and durable. Playing Led Zeppelin’s ‘When The Levee Breaks’ through these there was an evidence of bass lift which brought out the power of the track. However Robert Plant’s vocals were distinct and clear in the mix.

Upper treble was slightly bright but not jarring I found. Kyle Minogue’s vocals on ‘Where The Wild Roses Grow’ had air around them and the different tonality between her lines and Nick Cave’s came over well – which is central to the menace of this track. On New Order’s ‘Age Of Consent’, though, I felt that bass lift robbed it of some of the pace it needs. What it did do is bring out the guitar well and, again, make the vocals stand out from the mix.

For comparison I did pull out a pair of Shure SE215s which retail at a similar price. Listening to them one after the other the Shures were rather crisper but the FiiOs sounded much more rounded and assured.